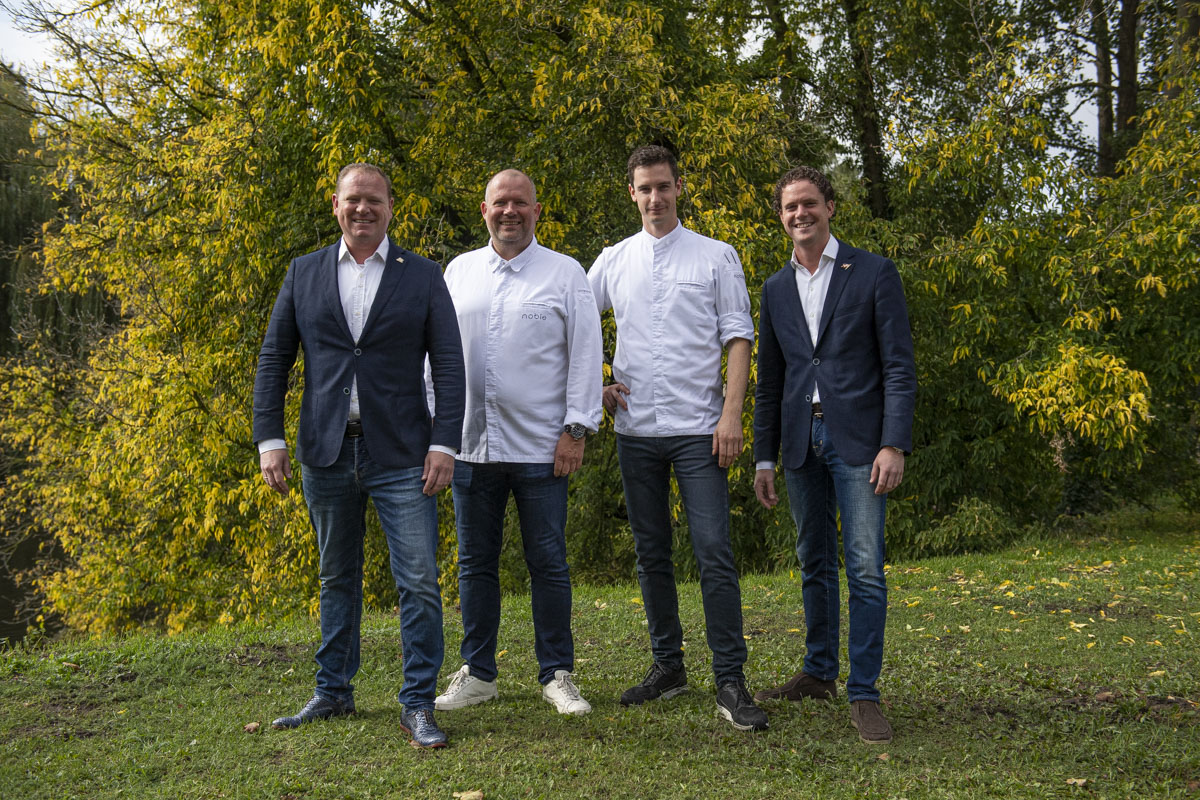 The soul of our kitchen is determined by our team of talented chefs, headed by patron-cuisinier Edwin Kats.

Edwin learned the profession from renowned top chefs, worked with the finest products and gained experience worldwide with the most sophisticated flavors … and he combines this all at restaurant Noble. Here he allows his guests to become acquainted in a surprising manner with the authentic characteristics of international cuisine. However, he also has a ‘guilty pleasure’: chocolate, in all its forms …

Bart comes from Hotel Nassau Breda (Restaurant Liefdegesticht) in Breda and previously worked as a kitchen chef in restaurant Zarzo * in Eindhoven, Avant-Garde * in Eindhoven and IVY ** (now FG) in Rotterdam.

Since 2017, Willem-Jan Klomp has been the face of the service team, or the black brigade at Noble. In the many years of his hospitality career, he has had the privilege of working in beautiful restaurants such as La Rive, De Karpendonkse Hoeve and De Zwaan. The collaborations with several ‘SVH Meestergastheren’ inspired him to bring out the best in himself as a host and later as a teacher. He believes that putting guests first is the most important thing. At the end of 2018, he received his ‘SVH Master Host’ title at Noble. Willem-Jan is looking forward to welcoming you!

Chiel started as a student at Restaurant Chalet Royal * and has been familiar with Noble’s location for many years. From his student days he knew that this is the best subject for him. Being able to serve beautiful wine-food combinations every day and creating an experience for every guest is Chiel’s passion. Surrounded by equally passionate people who have the same goal in mind. His favorite wine is Ducru-Beaucaillou Saint-Julien, “you should definitely have drunk this”. His hobby is to visit the most beautiful wine chateaux!